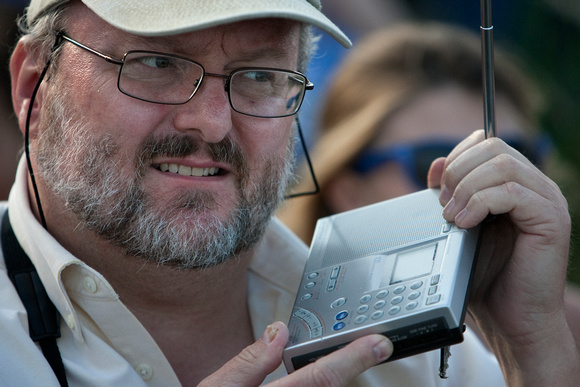 CHRIS ZUPPA | Times
SP_339528_ZUPP_Shuttle_9
(Titusville, 02/24/2011) Jeff Cook of Alexandria, Va., staked out a front-row seat on the banks of the Indian River to see Discovery's final launch, scheduled at 4:50 p.m. Moments before the orbiter took off, Cook worried that it would be scrubbed as he listened carefully to the news. It wasn't an unfounded fear. Discovery's launch had been delayed from the fall the previous year to February this year. Launches are often canceled due to weather, mechanical problems or other unforeseen circumstances. After hours of anticipation, tourists can leave deflated and without that experience of feeling the booster rocket's engines roar shortly after blastoff. Fortunately, Discovery took off. "It wasÑGodÑit was more amazing that I expected," Cook said. Then he added, "I'm glad I brought the radio." [CHRIS ZUPPA, Times]
St. Petersburg Times
User Agreement
Cancel
Continue