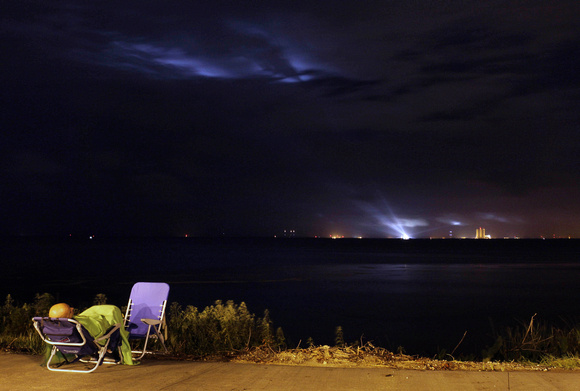 CHRIS ZUPPA | Times
SP_340918_ZUPP_Shuttle_1
(Titusville 07/08/2011) Doug Murrow of Jupiter tries to sleep just before 5 a.m. as the launch pad is illuminated across the Indian River at the Kennedy Space Center. Reports have stated that there is a 70 percent chance that weather could interfere with Atlantis' final launch. Murrow arrived to this spot about 12 a.m. "I probably went out about half an hour," he said. [CHRIS ZUPPA, Times]
St. Petersburg Times
User Agreement
Cancel
Continue