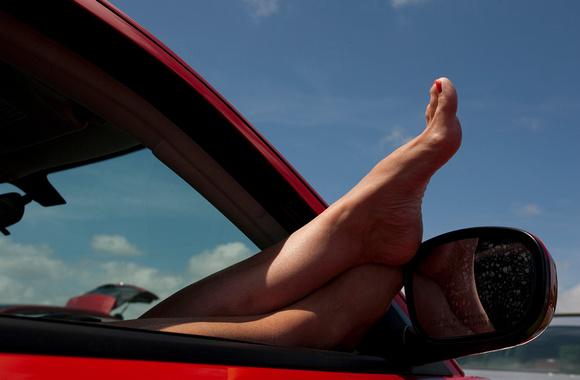 CHRIS ZUPPA | Times
SP_339528_ZUPP_Shuttle_17
(Titusville, 05/14/2010) Donna Kozenski of Milwaukee, Wisc., stretches her legs while resting up for Atlantis' May 14 launch last year. She was on a business trip in the area but decided that, since her previous five attempts to see a shuttle launch had not gone that well because NASA scrubbed the launches, she would try for a sixth time. "We're really praying and hoping it goes off," said Kozenski, who was with her husband Tom Kozenski. They weren't disappointed. Atlantis lifted off as scheduled, its second to last launch of the shuttle's career. [CHRIS ZUPPA, Times]
St. Petersburg Times
User Agreement
Cancel
Continue